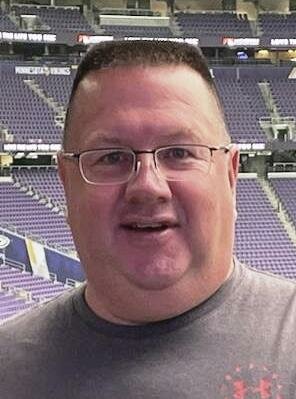 William Darrel “Billy” Miller, Jr., age 55, of Bolingbrook, passed away unexpectedly on Wednesday, February 9, 2022 at home.  He grew up in Woodridge, IL and was a graduate of Downers Grove North High School with the Class of 1984.  He then went on to serve and became a proud veteran of the United States Army after spending time in multiple locations, including Korea, and serving in Desert Storm.

Billy’s talents were many, and he acquired so much knowledge through the many trades he dabbled his hands in. He was a connoisseur of music, a mentor, a beloved son, loving father, caring brother, a giving uncle, and a loyal friend who loved to entertain. He enjoyed adventures in the outdoors, traveling to and exploring new places, and fishing, especially ice fishing up North.

One of his many passions and talents included cooking and then sharing his delicious creations with all. He enjoyed gatherings with friends and family, especially for sporting events, his favorite being when the Iowa Hawkeyes played, giving him prime opportunities to be with the ones he loved.   His spontaneous and free spirit could light up any room with his energy as he loved to laugh just as much as he enjoyed making others laugh. There was always a story up his sleeve and many would say he was the life of the party.

A quality that many admire in him was the helping hand he always had extended and his willingness to put others first when in need; and the encouragement he provided was unmatched. His determination led to wisdom that he was always sharing with those around him. Just one of the many lessons he taught was the only limit you have is the bar you set for yourself.

A memorial gathering will be held on Friday, February 18, 2022 from 4:00 to 8:00 p.m., at the Fred C. Dames Funeral Home, 3200 Black Road at Essington Roads, Joliet. Interment with military honors will be held at a later date at the Abraham Lincoln National Cemetery, 20953 W. Hoff Rd, Elwood, IL.

Interment with military honors will be held at a later date at the Abraham Lincoln National Cemetery, 20953 W. Hoff Rd, Elwood, IL

In lieu of flowers, memorials in his name to Disabled American Veterans, 2122 W. Taylor Street, Suite #104, Chicago, IL 60612 (www.dva.org) would be appreciated.