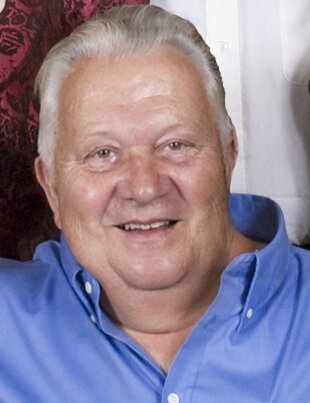 Age 79 of Plainfield, IL passed away Tuesday, February 22, 2022 at Amita Health St. Joseph Medical Center.  Rich was born in Chicago, grew up in the Gage Park neighborhood and graduated from Tilden Technical High School with the class of 1960.  In 1963 he married Barbara Mary Wood in Holy Cross Church of Chicago and together they raised 6 children.  For many years he was a member of St Peter & St Paul Orthodox Church of Chicago, presently located in Burr Ridge.  Rich retired in 2002 from the City of Chicago as an Operating Engineer (Local 399) following 25 years of service.

For many years, when he lived in Chicago, Rich was a Precinct Captain under Alderman Edward M. Burke in the City’s 14th Ward.  Rich was a member of the Blue Condors Club for over 50 years and served as the Club’s president from 1979 to 1980.  Rich loved sports and volunteered as a basketball and football coach when his children were young. He later served a recruiter for the Leo High School Football Program.  Some of his pastimes included bowling, fishing and spending time with his dogs.  During his retirement years, he almost always had a 4-legged companion at his side.

He is preceded in death by his parents, Laddie and Anna (Federinko) Kus; his loving wife of 58 years, Barbara Mary Kus; his daughter, Donna Valskis; his son, Robert Kus; grandson, Luke Barrera; and his brother, Martin Kus.

For more information, please call (815) 741-5500 or visit his Memorial Tribute at www.fredcdames.com where you can share a favorite memory or leave an online condolence