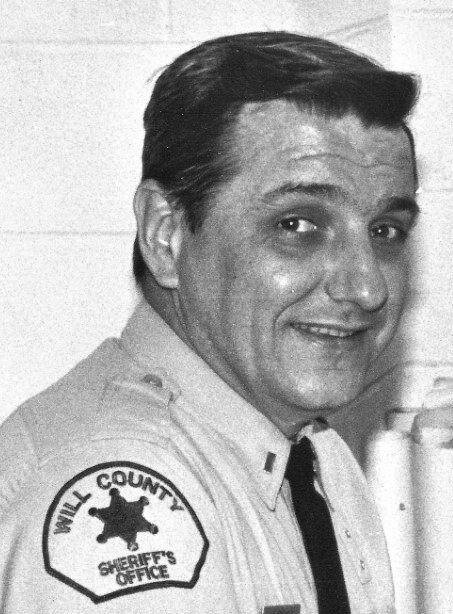 Karl Andrew Sicinski, age 81, passed away peacefully on Friday, February 25, 2022 at Amita Health St. Joseph Medical Center. Born on November 24, 1940 in Joliet to the late Edward and Catherine Sicinski, Karl was a lifetime Joliet resident. On June 18, 1966, Karl married Carol Schranz and the two most recently celebrated 55 years of marriage.

Karl was a veteran of the United States Navy, serving as a Naval Aircrewman during the Cuban Missile Crisis of 1962. He flew multiple missions in various fighter jets from Naval Weapons Test Center NAS Patuxent River, Maryland during the crisis. His favorite plane to fly in was the F4 Phantom. He also completed a Mediterranean cruise onboard the USS Independence, CV62 during 1963-64 while assigned to HU-2.

After his military service, Karl served for 27 years as a Will County Deputy Sheriff, retiring from the Department on April 1, 1991. Aside from his regular police duties, Lt. Sicinski was also in charge of the Will County Sheriff Auxiliary Department. He was a proud graduate of the FBI Academy.

Karl and his wife Carol were longtime parishioners of St. Mary Nativity Catholic Church, Karl being a dedicated usher for the weekly 12:30 Sunday Mass. He was also the #1 fan of Apple fritters from the Donut Den.

Private services for the immediate family have been held and Karl has been laid to rest at St. Mary Nativity Cemetery, Crest Hill. In lieu of flowers, memorials in his name can be made to St. Mary Nativity Catholic Church. Funeral arrangements entrusted to the Fred C. Dames Funeral Home, Joliet. For more information please call 815-741-5500 or to leave an online condolence, visit www.fredcdames.com

Private services for the immediate family have been held.

Karl has been laid to rest at St. Mary Nativity Cemetery, Crest Hill.

In lieu of flowers, memorials in his name can be made to St. Mary Nativity Catholic Church.

Share Your Memory of
Karl
Upload Your Memory View All Memories
Be the first to upload a memory!
Share A Memory
Plant a Tree