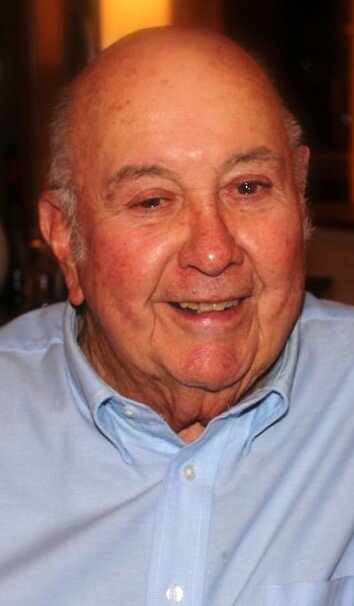 Age 93, passed away Friday, March 25, 2022.  Leonard was born on November 6, 1928 in Joliet, Illinois and raised on the family farm in Troy Township. He attended St. Raymond School, where his family was among the early founders of the Parish. Later Len attended Joliet Catholic High School and graduated in the spring of 1946. During his high school years, Len participated in wrestling and football. He also was dedicated to his Parish and continued serving on the Alter through high school. It was in 1945 during an after-game party that Len met and instantly fell in love with Rita Johnson.

At 17 and freshly graduated from JCHS Len enlisted in the US Army. He was immediately sent to Japan during the US-led occupation and reconstruction. During his service years, Len continued his relationship with Rita and upon discharge, they became engaged and were wed on September 9th, 1950.

Rita and Len became parents to MaryAnn and Tom and raised the family in the Parish of St. Paul the Apostle, where they were among the early founding Parishioners.

Len had a long career in the municipal bond business as a salesman and latter trader. He was mentor to many young men and women who he ushered into the business and was fondly referred to as Uncle Lenny. One of the many young people who he mentored was his son Tom who also has had a long career in the municipal business and Tom was joined by his son John who made it three generations of Kiernan traders in the business. During Len’s long career he was active in many organizations most notably the Chicago Athletic Association where he served as President. During Len’s tenure as President, he oversaw the inclusion of women as members. He was very proud to be a part of this important movement.

Funeral services Leonard P. Kiernan will be held on Saturday, April 2, 2022, at the Cathedral of St. Raymond Nonnatus, 604 N. Raynor Ave., Joliet where a Mass of Christian Burial will be celebrated at 10:00 a.m.  Interment will follow at Resurrection Cemetery.  There will be no visitation.  Funeral arrangements are under the direction of the Fred C. Dames Funeral Home.  For more information, please call (815) 741-5500 or you may visit his Memorial Tribute at www.fredcdames.com where you can share a favorite memory or leave an online condolence.

In lieu of flowers, memorials in Leonard’s honor can be made to St. Raymond grade school, Joliet Catholic Academy, Morning Star Mission of Joliet, Easter Seals of Joliet, or Lightways Hospice of Joliet.

Share Your Memory of
Leonard
Upload Your Memory View All Memories
Be the first to upload a memory!
Share A Memory
Plant a Tree