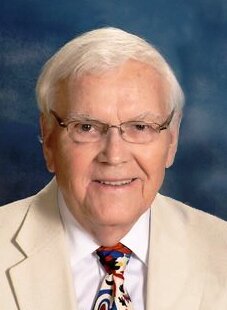 Obituary of Anatol A. Rychalski

Anatol Adolf Rychalski, age 96, late of Shorewood, passed away peacefully, Tuesday, March 29, 2022 at Lightways Hospice with his beloved wife by his side.

Born January 7, 1926 in Poland, to Joseph and Aniela (Skokowski) Rychalski, he was a proud Polish-born American.  Up to the age of 23, he endured slavish subjugation in Soviet Russia and Nazi Germany.  From 1945 to 1947, he served in the British-Polish military force.

In 1949, he came to the United States, and in 1950, enlisted in the U. S. Army and served two years during the Korean War, attaining the rank of Sergeant First Class.

Thanks to the GI Bill, Anatol earned a degree in Civil and Structural Engineering, and in 1955, joined the United States Steel Corporation.  He retired in 1990 as a general manager of design, planning and marketing in the real estate division.

While practicing his profession, he evolved into an artist and writer.  His paintings and sculptures exist in museums and private galleries throughout the country.  As a portraitist, he painted the Saints and those he considered saints.  The Chicago Picasso sculpture is his signature accomplishment.  He led the project to convert a 41-inch maquette from Picasso into the fifty-foot steel sculpture that stands in Daley Plaza.

Arriving in the United States with only one phrase in his English vocabulary, “cherry pie and coffee”, his greatest pride was that by the age of ninety, he was referred to as an author.  He wrote “Lives Without Smiles”, a narrative of his and Janine’s lives.

He is survived by his darling wife, Janine (Lepszy) Rychalski, who was his love and the joy of his life for over 63 years.  With eternal love and reverence, his last words to her were, “See you later, darling.”

He is also survived by his brother-in-law Richard Lepszy and Richard’s daughters, Yvonne (Dennis) Gerecke and Elizabeth (David) Grganto, and numerous nieces and nephews in the United States and France.

He was preceded in death by his parents; his siblings, Longin Rychalski, Bernice Sado and Evelyn Kloczko; and his sister-in-law, Margaret Lepszy.

In lieu of flowers, donations may be made for tuition assistance at the Cathedral of St. Raymond Grade School, 608 N. Raynor Avenue, Joliet, IL 60435 or to Lightways Hospice and Serious Illness Care at 250 Water Stone Circle, Joliet, IL  60431 or online at www.lightways.org.

Visitation for Anatol Rychalski will be held Sunday, April 3, 2022 from 2:00 to 4:00 p.m. at the Fred C. Dames Funeral Home, 3200 Black Road, Joliet.  During the visitation, the Shorewood Glen Veteran’s Group will pay tribute to their departed member.  Funeral services will be held Monday, April 4, 2022 at 9:15 a.m., from the funeral home, to the Cathedral of St. Raymond Nonnatus, where a Mass of Christian Burial will be celebrated at 10:00 a.m.  Military rites will be accorded by the United States Army following Mass.  Interment will be in Queen of Heaven Cemetery, Hillside.

In lieu of flowers, donations may be made for tuition assistance at the Cathedral of St. Raymond Grade School, 608 N. Raynor Avenue, Joliet, IL 60435 or to Lightways Hospice and Serious Illness Care at 250 Water Stone Circle, Joliet, IL  60431 or online at www.lightways.org.

Share Your Memory of
Anatol
Upload Your Memory View All Memories
Be the first to upload a memory!
Share A Memory
Plant a Tree