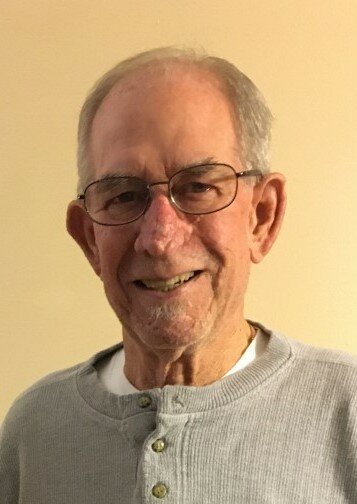 Thomas R. Vollmer, passed away at the age of 77, on Thursday, April 21, 2022, at Lightways Hospice Home, surrounded by his loving family.  Tom was born on November 17, 1944, the son of the late Robert E and Marjorie R. (nee Wylie) Vollmer.  Born and raised in Joliet, he was a graduate of Joliet Catholic High School,  the Class of 1962, and attended Joliet Junior College.  He was a decorated veteran of the United States Army, earning the National Defense Service Medal, Good Conduct Medal, and Marksman Badge Rifle with M14.  He proudly served with the 11th Armored Cavalry Blackhorse.

In his free time, Tom loved tending his garden, he enjoyed sharing all of what he grew with family and friends. He had a passion for horses and was involved with harness racing at local tracks but, his favorite pastime was always golf.  He enjoyed showing off his beautiful, smooth golf swing on the course as often as he could.

A Memorial Gathering for Thomas R. Vollmer will be held on Monday, May 2, 2022, from 10:00 a.m. until the time of Service at 1:00 p.m. at the Fred C. Dames Funeral Home, 3200 Black Rd., Joliet.  As was his request, cremation rites have been accorded. Inurnment will follow at Abraham Lincoln National Cemetery with full military honors held under the auspices of the United States Army and the Abraham Lincoln National Memorial Squad.

For more information, please call 815-741-5500 or visit his Memorial Tribute at www.fredcdames.com where you can share a favorite memory or leave an online condolence