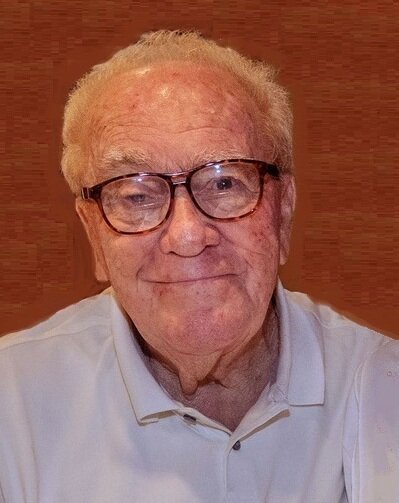 Michel D’Orazio, age 90, of Joliet, IL passed away peacefully Tuesday, April 26, 2022 at his home with his loving family by his side.

Michel was born July 20, 1931 in Lyon, France to the late Euginia and Garibaldi D’Orazio. He served in the French Army. He immigrated to the United States when he was 22 years old and settled with family in Rockdale, IL.

He worked as a carpenter for Union 174 for over 40 years. After retirement, he enjoyed golf and spending time at their winter home in the Villages, FL. His greatest joys were his three daughters and seven grandchildren. He was proud of his family and the time they spent together.

In lieu of flowers, contributions may be made to Grace United Methodist Church Memorial Fund or to a charity of the donor’s choice.

Visitation for Michel D’Orazio will be Wednesday, May 4, 2022 from 9:00 a.m. until time of Funeral Service at 11:00 a.m. at Grace United Methodist Church, 1718 Avalon Avenue, Joliet, IL. Entombment will follow at Woodlawn Memorial Park Cemetery, Joliet, IL. The service will be televised live at www.graceumcjoliet.org, click on the YouTube link.

In lieu of flowers, contributions may be made to Grace United Methodist Church Memorial Fund or to a charity of the donor’s choice.

Share Your Memory of
Michel
Upload Your Memory View All Memories
Be the first to upload a memory!
Share A Memory
Plant a Tree