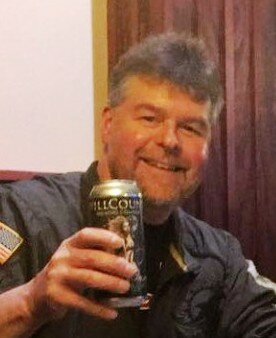 Please share a memory of Mark to include in a keepsake book for family and friends.
View Tribute Book

Age 58, of Shorewood, IL passed from this life, suddenly Wednesday evening April 27, 2022.  He was born February 27, 1964 in Joliet, IL where he was raised and educated, a graduate of Joliet West High School with the class of 1982.  He also attended Joliet Junior College and Morraine Valley Community College.

Mark married Renee Cummings on November 15, 1997 and they were blessed with three children, Riley  and twins, Jared and Angela.

Preceded in death by his mother and father in law, Shirley Temple and Bonnie Ray Cummings and sister-in-law, Barbara Ann Wilhelm as well as his grandparents, George and Ann Sebby and Henry and Angela Vetter.

Mark, a man of character and strength, will be remembered as a hard working family man who simply wanted to provide-in every sense of the word-for his beloved wife and kids.

He had been employed by Exelon for over 28 years and was finishing the work day with his team Wednesday in Byron, IL when he was called home.

We are devastated by his loss, but we will find a way to rise above life’s challenges as Mark always did.

Mark’s hobbies included being a martial arts fan, going to concerts, collecting baseball cards, watching football, camping, racing, keeping his 1987 Cutlass 442 meticulously maintained and clean, and most of all, family get-togethers.  He also enjoyed the occasional glass of Buffalo Trace(on the rocks) and an IPA beer.

Visitation for Mark will be Thursday, May 5, 2022 from 4-8 p.m. at the Fred C. Dames Funeral Home 3200 Black Rd. (at Essington Rd.) Joliet.  Funeral services Friday morning May 6, 2022 11:15 a.m. from the funeral home to St. Paul the Apostle Catholic Church, 18 N. Woodlawn Ave., Joliet where a Mass of Christian Burial will be celebrated at 12 Noon. Entombment will follow at Woodlawn Memorial Park Cemetery.

In lieu of flowers, memorials can be directed to Mark’s family to establish a scholarship fund at a later date to benefit a young student as they seek to pursue their chosen career.

In lieu of flowers, memorials can be directed to Mark’s family to establish a scholarship fund at a later date to benefit a young student as they seek to pursue their chosen career.