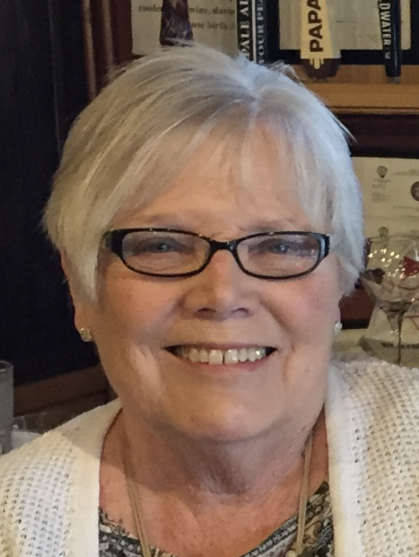 Judy M. Starmann, age 85, of New Lenox, passed away peacefully, Wednesday, June 22, 2022 at home, with her loving family by her side.  She is now reunited in heaven with her beloved husband, Richard, where “happy days are here again.”

Born January 7, 1937 in Joliet, she was the daughter of George and Mary (Light) Anderson, and was a graduate of Joliet Township High School, Class of 1955.  She continued her education at the St. Joseph Hospital School of Nursing, becoming a Registered Nurse, and working for several years in the hospital and in home care.  She later joined her husband, Dick, in their family businesses, Starmann’s Inc., and Inacomp Computer Center until their retirement in 1997.

Judy was active in her community serving as a member and past president of the Junior Woman’s Club of Joliet, a member of the Visitation and Aid Society of Joliet, and a volunteer with Easter Seals.  She was also involved in the formation of the Joliet Swim Club.

A loving and devoted wife, mother, grandmother and great-grandmother, Judy loved shopping, going to lunch, playing Mah Jongg with the “neighborhood girls,” and visiting her grand-dog, Peanut.  Judy and Dick combined their love for the Chicago Cubs and traveling in their motor home by attending spring training in Arizona, and also spending summers in Michigan and winters in the southern states.

She was preceded in death by beloved husband of 62 years, Richard D. “Dick” Starmann (December 2, 2020); a brother, James Anderson; and her husband’s parents, Stephen and Irene (Shiffer) Starmann.

The family would like give a special thank you to Veronica at Gentle Touch Home Care, for putting together a wonderful team of loving caregivers, especially Gizzell. Also to granddaughter, Erinn. As she did for her "Papa Dick", Erinn contributed to caregiving for her "Gran".

A Mass of Christian Burial for Judy will be held Tuesday, June 28, 2022 at 11:00 a.m., at St. Jude Catholic Church, 241 W. Second Avenue, New Lenox, IL, where family and friends are invited to gather from 10:00 a.m. until the time of services.   Private interment in Abraham Lincoln National Cemetery will be held at a later date.

Memorials in her name to Lightways Hospice (www.lightways.org) or a charity of the donor’s choice would be appreciated.

Interment in Abraham Lincoln National Cemetery will be at a later date.

Memorials in her name to Lightways Hospice (www.lightways.org) or a charity of the donor’s choice would be appreciated.

Share Your Memory of
Judy
Upload Your Memory View All Memories
Be the first to upload a memory!
Share A Memory
Plant a Tree