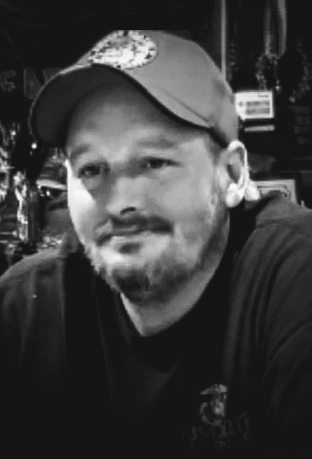 Paul Michael McLean, age 44, passed away on Friday, June 10, 2022 at the St. Joseph Hospital & Medical Center in Phoenix, AZ.  Paul was born on April 14, 1978 in Joliet, IL to the late Robert,Sr. and JoAnn McLean, and he spent much of his life in  Illinois and California before  most recently settling  in  Arizona where he worked as IT Project Manager for Simon Medical Imaging. He achieved numerous certificates in computer technology.   On May 4, 2003, Paul married Jeanine Brown and the two most recently celebrated 19 years of marriage.

Paul was a proud United States Marine Corps. Veteran, serving  from 1996 to 2000. He was a member and supporter of the local American Legion and VFW. Paul loved giving to others, especially other military families, and was a supporter of Nano’s house.  In his free time, he enjoyed motorcycle  riding.
Paul  is survived by his wife, Jeanine McLean; stepson Andrew Agha; stepdaughters Noelle Agha, Rannya McLean, and Nouralisa McCarthy; his grandchildren Kyra Jean McCarthy and Jaylen Matthew Najera;  brothers, Donald McLean and Robert McLean, Jr.; cousins James McKenna, John Ramsey, and Kim Miller-Toth; and many nieces, nephews, extended family, and dear friends.

All family and friends are invited to join in a celebration of Paul’s life to be held on Thursday, June 30, 2022, from 11:00 a.m until 1:00 p.m.  at the Fred C. Dames Funeral Home, Joliet. From there Paul will be escorted by the Patriot Guard to the Abraham Lincoln National Cemetery with full military honors to be conducted by the United States Marines Corps. For more information, please call 815-741-5500, or visit his Memorial Tribute page and leave an online condolence at www.fredcdames.com

Share Your Memory of
Paul
Upload Your Memory View All Memories
Be the first to upload a memory!
Share A Memory
Plant a Tree