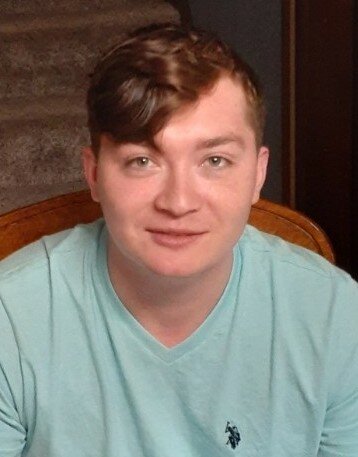 Jeremy Tyler Carr, affectionately known as “Jerry”, passed away unexpectedly, at the young age of 24, on Tuesday, June 21, 2022.  Jerry was born on January 3, 1998.  He was born in Joliet, IL, and raised in Channahon.  He attended Minooka High School and was a 2016 graduate of Families of Faith Academy.   Upon graduation, Jerry enlisted in and was a proud veteran of the United State Marine Corps.  He was currently employed as a mechanic and was formerly a Bartender at Embers Bar and Grill in Lockport.

Jerry enjoyed playing basketball and video games and held a close bond with his nieces and nephews.  Jerry was a smart individual with a competitive nature.  He will be missed by all who loved him.

In lieu of flowers, memorials in his name to World Visions would be appreciated.

A Memorial Tree was planted for Jeremy
We are deeply sorry for your loss ~ the staff at Fred C. Dames Funeral Homes - Joliet
Join in honoring their life - plant a memorial tree

Share Your Memory of
Jeremy
Upload Your Memory View All Memories
Be the first to upload a memory!
Share A Memory
Plant a Tree