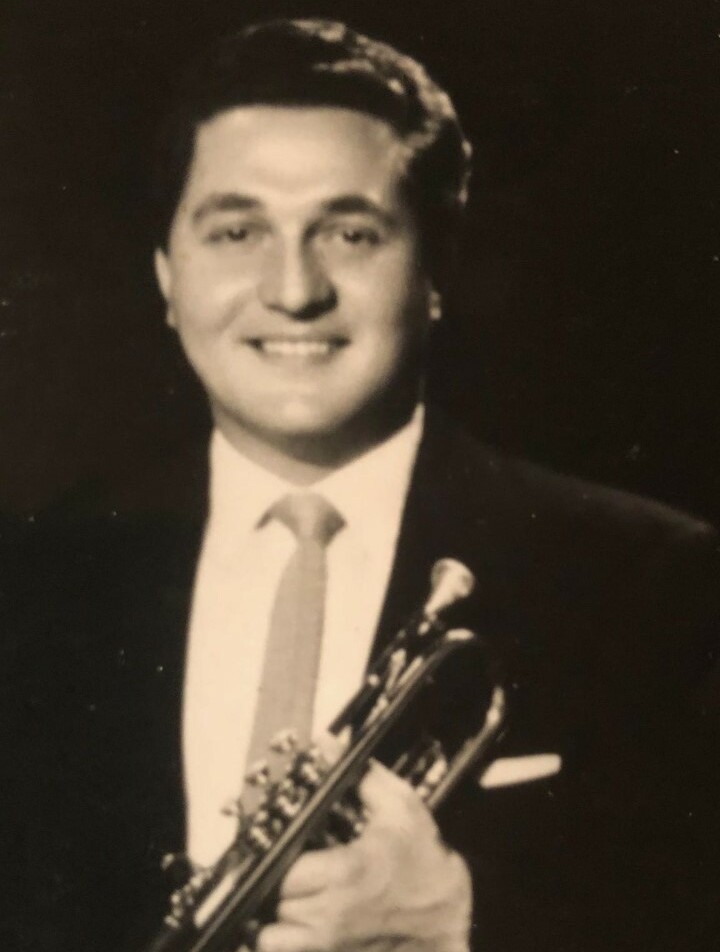 Edmund was married to Donna L. Zelko (Juricic) in 1959 and they remained married until her death in 2019.

He is survived by his son, Ed (Kim) Zelko Jr. and his grandson, Michael Zelko of Joliet; his daughter Cindy (Al) Freehauf of Phoenix, AZ; his sister, Marian Schoener of Joliet; and many nieces nephews and cousins.

He was preceded in death by his wife, Donna; his sister, Lillian Stefanich; and his parents, John and Anna (Kobe) Zelko.

Edmunds passion and talent as a jazz trumpet player and vocalist knew no bounds.  He began playing professionally in the local area in 1941 at the age of 15. In 1942, he began playing at the Hotel Louis Joliet with the Al Vinn Band. He went on the road with the band as a trumpet player and vocalist, and played from the Pere Marquette Hotel in Peoria, IL, crossing the country and eventually playing in the infamous Balinese Room in Galveston, TX.

Edmund entered the Navy in March of 1944 and was on the ship USS Guam in the Pacific thru the end of World War 2. He was able to entertain with his trumpet while in the Navy, playing in the ships band and entertaining on various hospital ships in the pacific and performing in Korea during the fall of 1945.

After his discharge, he continued his musical career both traveling on the road and playing locally. Eventually, he formed a local group called “Nu-Tones” which he continued to perform with until he retired in his early 80’s.  He enjoyed a 7 decade career in music.

Edmund also worked at ComEd for 21 years before retiring in February of 1991.

He had many friends throughout his life, with Rich Martis, Joe Zlogar and Ronnie Kalcic, being some of his very best.

In his later years, Edmund enjoyed the company of his family and was proudest of his grandson, Michael.

He will be dearly missed by all who knew him.

Share Your Memory of
Edmund
Upload Your Memory View All Memories
Be the first to upload a memory!
Share A Memory
Plant a Tree