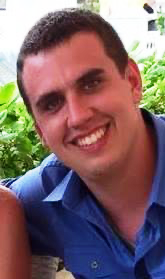 Plant a tree in memory of Alex

An environmentally friendly option
Plant a Tree
2 tree(s) planted in memory of Alex Stanley
Add Condolence Add Gesture Light Candle Add Memory
Print
Loading...
J
Jake Bukovsky posted a condolence
Alex was most definitely my best friend from 3rd grade all the way through college and beyond. I love him and I miss him very much. I am not sure who will see this post, but I was unable to come up from Missouri and be there myself this week. Just thinking about him and saw this and felt like I had to say something. I fully understand there is no way to make this better. Just want whoever sees this to know although I wasn't there, he's been the only thing on my mind all week and will be forever. Gonna miss you Stan!
Please wait
Share Comment
K
Kevin Chapman posted a condolence
I remember my first day of work at Old Second, nervous and timid as a new grad would be walking into a new environment. It was my first job in banking and I didn't know a thing about the work I was there to do. Alex, sitting in the cubicle to my right, introduced himself asking about my background while gauging my level of banking experience. I tried holding a conversation with him with the little information I retained from researching the position/industry, but he soon realized the conversation was over my head. He sensed my uneasiness while new coworkers tried engaging me with business talk. While the day was winding to an end and I was growing increasingly frustrated with my inability to discuss banking, he tried to find common ground. He said out of the blue, "Do you know what I'm excited for Kevin, Justin Fields in a Bears uniform". I being a big Bears fan (which he didn't know at the time) was thrilled, a subject I can speak too. This spurred a 30 minute conversation talking all things Chicago sports. I left that day excited I had met a buddy. From that day forward, Alex was a mentor. I would call Alex almost daily with questions about work, and while he was very busy, he would always have time for me. We would talk sometimes for more than an hour and after we cleared up my work issues he would ask me how I'm doing or if I caught the game last night. Being the youngest in the Chicago office by nearly seven years, I cherished these conversations more than he could imagine. He was so patient and kind and so easy to talk to. I know I'm not alone when I say I will miss him dearly. Rest easy, Alex
Please wait
Share Comment
M
Mike Iaffaldano posted a condolence
I knew Alex through being a long time friend of his sister Sarah. While I did not know him as well as her, she would often tell me how much him and I were alike with everything from our careers in banking, to dating, to our outlook on life as a whole. So many times she would say, that’s something Alex would “do or say”. Because of this, I felt connected to him. Every time I saw Alex, he always remembered me. He was so genuine, extremely bright, and of good character each interaction we had. I wish I had the chance to get to know him better. I can see that he touched so many lives and will truly be missed. My condolences to the entire Stanley/Such family. Our heart breaks for you guys and we are here if you need anything. <3
Please wait
Share Comment
D
Drew Meyer planted a tree in memory of Alex Stanley

A Memorial Tree was planted for Alex Stanley

We are deeply sorry for your loss ~ the staff at Fred C. Dames Funeral Homes - Joliet Join in honoring their life - plant a memorial tree
Please wait
s
The family of Alex A. Stanley uploaded a photo

Share Your Memory of
Alex
Upload Your Memory View All Memories
Be the first to upload a memory!
Share A Memory
Plant a Tree