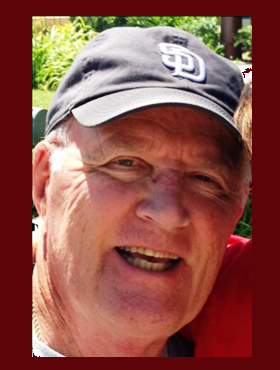 Born on September 3, 1932, in Joliet, IL, he was the son of the late Ralph Grant and Rose (Rodeghero) Grant.

Larry graduated from Lockport Township High School where he was a three-sport star and President of the Class of 1950.  He then attended Lewis University from 1950-1952, where he played baseball for Gordie Gillespie, and then continued his education at the University of Illinois, where he received his Bachelor’s degree in Architecture in 1957.  Following graduation, he enlisted in the U.S. Army.  He worked as a Commercial Architect for over 30 years, as well as a pitching coach for the University of St Francis.

Larry was very active in the Church of St. Jude, a member of the Old Timer’s Baseball Association and the Society of St. Vincent DePaul, and a lifelong member of the Joliet Kiwanis Club.  His life-long passion for baseball at all levels included coaching youth baseball for many years at different parks and leagues, and helping to develop and mentoring many young aspiring kids.  He will also be remembered for playing semi-pro ball for the Lockport Moose and the EJ&E Railroad, and for being the PA voice of Joliet Catholic Football for over 20 years.  Larry was also proud that his life had come full circle by first playing for Coach Gordie Gillespie and then coaching with him years later at USF.

Dad’s life was dedicated to his family, his faith, and his friends.  Sunday family dinners without him will never be the same.  Dad was the kindest, sweetest, and most gentle man we have ever known.  He was a helper and teacher to many, a great friend to all, and never had a bad thing to say about anyone.

Larry was one of four close friends who created their “Traveling Ball Park Club” which included JD Ross, Ed Duran, and Larry Sak.  Together they experienced their love of baseball by traveling to and visiting numerous ball parks throughout the country, creating some of his best memories. Their mission was to watch a game every day in a different ballpark whether it be pro, semi-pro, college, or youth baseball, which added to his love of the game.

He was preceded in death by his daughter, Leslie (Grant) Hollarbush; his parents; his wife’s parents, Herman and Dorothy Ramos; brother-in law and sister-in law, Rich and Joyce Ramos, and brother- in-law, Rick Favero.

Interment in Abraham Lincoln National Cemetery will be private.

In lieu of flowers, donations can be made to the Church of St. Jude Building Fund, or Lightways Hospice (www.lightways.org), both in Joliet, IL.

Fred C. Dames Funeral Home is in charge of arrangements.  For information please call (815) 741-5500 or visit her Memorial Tribute at www.fredcdames.com.

Interment in Abraham Lincoln National Center will be private.

In lieu of flowers, donations can be made to the Church of St. Jude Building Fund, or Lightways Hospice, both in Joliet, IL.