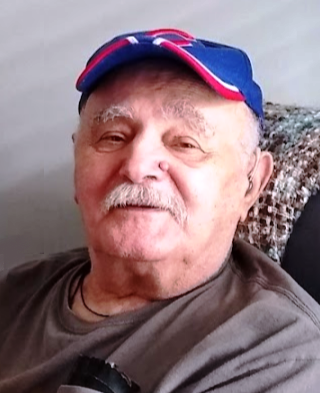 Age 84, of Joliet, IL passed away on Monday, August 1, 2022.  He was born November 20, 1937 in Kastoria, Greece to the late Theocharis and Aspasia (Vologanis) Tolios.  He emigrated to the United States in 1975, settling in Joliet where he and his late wife Kathy raised their family.

Preceded in death by his beloved wife of 60 years, Ekaterini “Kathy” Tolios; his parents; sister, Antigoni and brother, Akilas (Agnes) Tolios as well as his niece, Aspasia “Sula” Andrew-Tinsman.

Nick was employed in the food and beverage industry most of his adult life, primarily at AL’s Steakhouse in Joliet and the former Akilas’ House of Plenty in Plainfield.  He was extremely proud of his Greek Heritage and the Greek armed forces.  In his younger years he was a talented musician (clarinet) and throughout his life, he enjoyed reminiscing and sharing stories of his upbringing and life experiences.

Funeral services for Nickolas Tolios will be held on Thursday, August 4, 2022 at All Saints Greek Orthodox Church, 102 N. Broadway St., Joliet, where all friends and relatives can gather from 9:00 a.m. until services begin at 10:00 a.m.  Interment will follow in Woodlawn Memorial Park II.

Share Your Memory of
Nickolas
Upload Your Memory View All Memories
Be the first to upload a memory!
Share A Memory
Plant a Tree