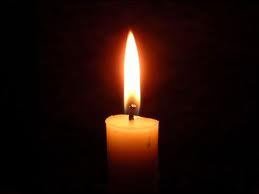 Please share a memory of Charles to include in a keepsake book for family and friends.
View Tribute Book

Born April 3, 1933 in Manning, ND, he was the son of Andrew and Anna (Keller) Reed.  He was raised in Chicago, relocating to Toledo, IL and settling in Joliet in 1963.  He married the former Eleanor Louise McCall, and they enjoyed 66 years of marriage until the time of his passing.

Charles was a proud veteran of the United States Air Force during the Korean War, serving from 1951 to 1955, and attaining the rank of Staff Sergeant.  He worked as an Industrial Fireman at the Joliet Army Ammunition Plant for many years, and was later employed as a Security Guard for several companies.  He continued working part-time until just a few weeks ago.

Charles was a member of the Toledo Lodge of Ancient Free & Accepted Masons.  In his free time, he could always be found enjoying the outdoors, fishing, and deer hunting.  He also enjoyed coin collecting over the years and looked forward to every family get-together.

Surviving are his beloved wife, Eleanor of Joliet; his children, Barbara Reed of Joliet, Brian Reed of Farmland, IN, and Patsy Tongren of Libertyville, IL.; four grandchildren, Jeffrey and Jillian Tongren, and Brittany and Erik Rowley; and four great-grandchildren, Evette, Charlie, and Anna Tongren, and Niko Rowley and Ethan Weaver.

He was preceded in death by his parents; and a daughter, Carla Rowley.

Graveside services for Charles Reed will be held at Abraham Lincoln National Cemetery, 20953 W. Hoff Road, Elwood, IL on Tuesday August 16, 2022 at 12:30 p.m. where military honors will be accorded under the auspices of the United States Air Force.