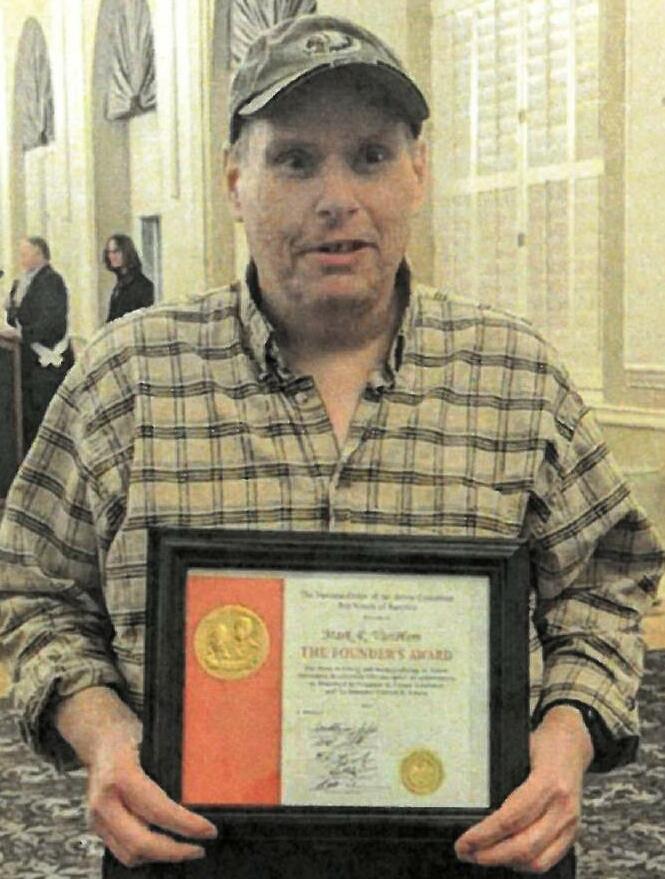 Please share a memory of Mark to include in a keepsake book for family and friends.
View Tribute Book

Mark Vanham, age 59, of Joliet, Illinois passed away suddenly on August 11, 2022, at St. Joseph’s Hospital. He is survived by his mother Zelinda (Linda) Vanham of Joliet Illinois and several cousins; he was predeceased by his father, Raymond Vanham.

Mark graduated from Joliet West High School and Joliet Junior College where he studied Computer Science. He was employed by Albertson/Jewel in Minooka for several years and worked on their computer systems until he became ill.

Mark was a huge supporter, friend, and volunteer for the Boy Scouts of America, Rainbow Council of Lockport Illinois. He was a scout leader for BSA Troop 235 in Joliet until the troop split and he became a founding member of BSA Troop 175 in 1994, chartered at the Cathedral of Saint Raymond Nonnatus in Joliet, Illinois. He has served as assistant scoutmaster, advancement chair, Eagle advisor, and committee member for troop 175. He was also an active member to the Waupecan Lodge Order of the Arrow, a scouts honor society, as the Associate Lodge Advisor or Administration. Mark completed his ordeal in September in 1995, earned Brotherhood in September 1996, and earned Vigil in May 2012.

Mark was recognized and awarded for Excellence in Leadership by Rainbow Council in 2019, and the Order of the Arrow Founders Award in 2020.

Aside from doing his “cheerful service” to the Order of the Arrow and BSA troop 175, he also volunteered in his youth with the Make a Wish Foundation of Joliet.

Funeral and Services will be held on August 24, 2022 at Dames Funeral Home, 3200 Black Road at Essington Rd, Joliet from 3 - 8 pm with services and Broken Arrow ceremony at 7 pm. All, adult or youth, who would like to bestow upon him a mentor's pin, there will be a place to do so and they will be used to decorate his urn.

7:00 pm
Fred C. Dames Funeral Homes - Joliet
3200 Black at Essington Roads
Joliet, Illinois, United States
(815) 741-5500
All, adult or youth, who would like to bestow upon him a mentor's pin, there will be a place to do so and they will be used to decorate his urn.
Need Directions?
View Map | Text Directions | Email Directions