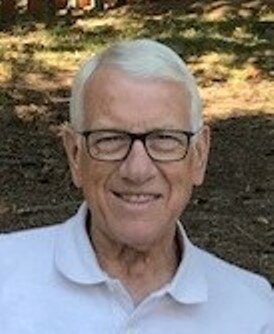 Born July 29, 1945 in Joliet, he was the son of Frank and Eleanora (Helgeson) Sterioti.  He lived in Joliet until moving to Morris following the death of his mother when Bob was very young.  He was a graduate of Morris High School and later attended Western Illinois University.

Bob and his wife were the well-known and popular owners of Bob and Sis’ Italian Restaurant and later, Bob and Sis’ Catering, where many lifelong and enduring friendships were made over the years.

Bob was a loving and caring husband, father and grandfather who was devoted to his family and lived for his grandsons.  Fondly known as “Pa”, he was actively involved in all their sporting events, band concerts and school activities.  As an involved and active member of the Cathedral of St. Raymond, he was a man of faith, and his faith served as a guide to others.

Bob’s story includes more than the accomplishments and landmarks of his life.  Many people looked up to him and he was a father figure to many.  He led an active life filled with fun and laughter. Affectionately known also as “Chunk”, he had a warm and outgoing personality which allowed him to meet you as a stranger but leave as a friend.

He was preceded in death by his parents; an aunt and uncle, Eleanor and Earl Hartmann who helped raise him; his wife’s parents, Frank and Mary Dulny; and a brother-in-law, Gregory Dulny.

Visitation for Robert Sterioti will be held Wednesday, September 7, 2022 from 3:00 to 8:00 p.m., at the Fred C. Dames Funeral Home, 3200 Black Road, Joliet.  Funeral services will be held Thursday, September 8, 2022 at 9:00 a.m., from the funeral home to the Cathedral of St. Raymond Nonnatus where a Mass of Christian Burial will be celebrated at 10:00 a.m.  Cremation rites will be accorded following the services and interment will be private.

In lieu of flowers, memorials in his name to the Cathedral of St. Raymond Nonnatus would be appreciated.

10:00 am
Cathedral of St. Raymond Nonnatus
604 N. Raynor Avenue
Joliet, Illinois, United States
Family and friends are welcome to meet at the funeral home at 9:00 a.m. for prayers, and to process to the church for Mass.
Need Directions?
View Map | Text Directions | Email Directions

Cremation rites will be accorded following the services and interment will be private.

In lieu of flowers, memorials in his name to the Cathedral of St. Raymond Nonnatus would be appreciated.