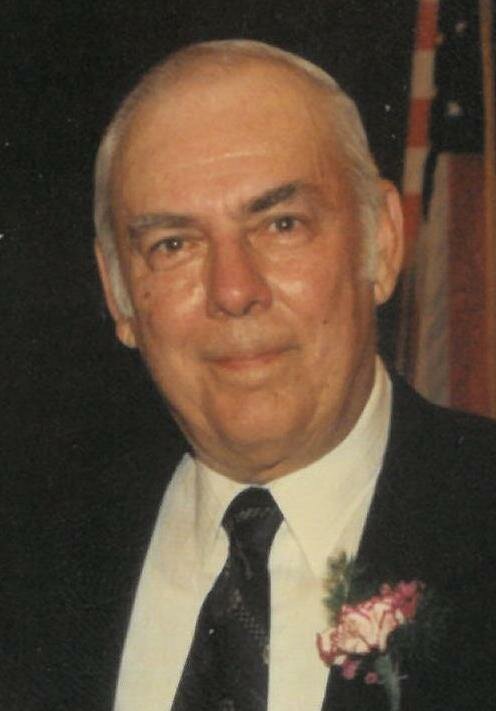 Robert G. Hacker, age 87, passed away October 1, 2022, peacefully at home with family by his side.  Bob was born on February 10, 1935, in Joliet, to Christian and Lucy (Voight) Hacker.  He attended Joliet Township High School and was a graduate with the Class of 1953.  Bob started working at Hacker Lumber at age of 14 and became President in 1964 when Chris passed away.  He held this position until 1985 when the lumber yard closed.  Bob then worked lumber sales at Alexander Lumber for 36 years until December 2021, when that lumber yard closed.  He was crushed, as he loved talking to his contractors and visiting job sites which made him a top salesman for many months.  Bob developed several subdivisions in Joliet.

Bob loved listening to the police scanner and would bolt out of the house when there was a fire to assist in laying hoses or with whatever was needed.  The Joliet fire Department appreciated his volunteerism so much that they gave him a full fireman’s suit.  He then volunteered once a month for many years in Chicago, with Captain Lou Galeni.  Bob carried several children out of a burning building to the patty wagon and off to the hospital.

Bob was a Joliet City Councilman for 34 years and was the last of the Council serving prior to 1969.  He retired after 22 years but missed serving the citizens so much he was re-elected for another 12 years.  Bob still faithfully watched every city council meeting.  His accomplishments consisted of the annexing of Essington Road to allow the mall to be annexed into the city.  There are eight honorary signs on Essington Road.  Bob started Silent Witness and the K-9 unit in Joliet, after gathering information from the Tempe Police department on his trips to Arizona visiting his daughter, Diane.  He organized the Bicentennial Parade, which was an awesome success, and even got an Astronaut to lead the parade.  Bob was also on the committee to remove the city vehicle tags.  Bob always had public safety as his #1 priority and made sure more street lights were installed and that the police and fire departments had the best equipment.  He has his name on nine of the ten fire stations in Joliet.    Back in the day, he also did ride-alongs with several police officers.

Bob loved his family and canines.  He and Cottie would have celebrated their 65th wedding anniversary on October 12th.  Bob loved Sundays, as for the last eight years, he spent afternoons and dinner with his wife, daughter and grandson, Christofer Keay.  He was SO proud of all Christofer’s handiwork and accomplishments in life.  Bob also loved his many canine companions over the years, currently Daisy and Duke.

He enjoyed talking on the phone to all, especially Rosalie D’Andrea and Mike Turk.  Bob always took the time to call and see how you were doing or to catch up on things in Joliet.  He was a diehard White Sox fan and was always recognized by wearing a White Sox hat, White Sox jacket, and his White Sox license plate, RGH1.

Interment will be held privately by the family at Woodlawn Memorial Park.

In lieu of flowers, memorials in his name to any animal rescue organization would be appreciated.

For more information, please call (815) 741-5500 or visit his Memorial Tribute at www.fredcdames.com  where you can share a favorite memory or leave an online condolence.

Interment will be held privately by the family at Woodlawn Memorial Park.

In lieu of flowers, memorials in his name to any animal rescue organization would be appreciated.