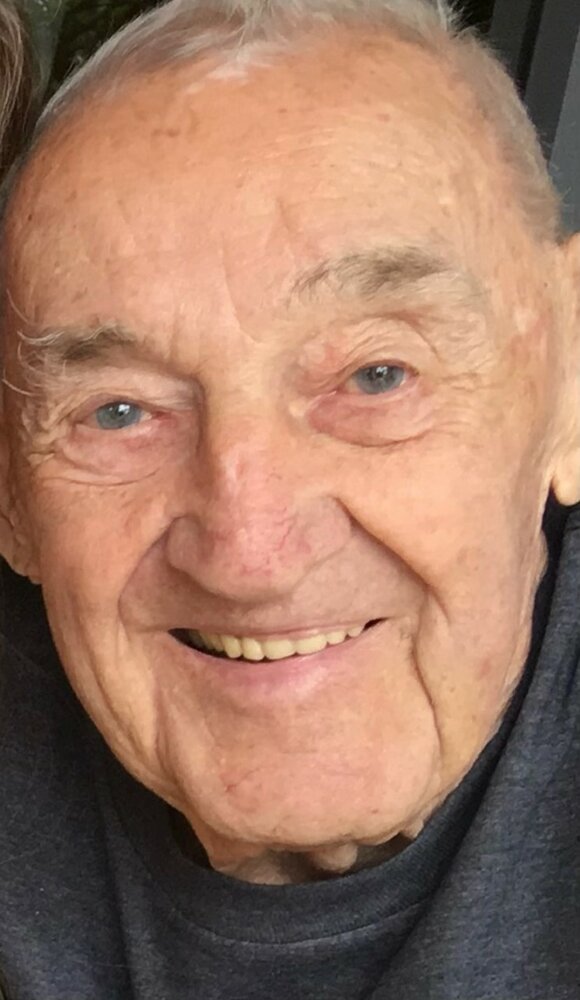 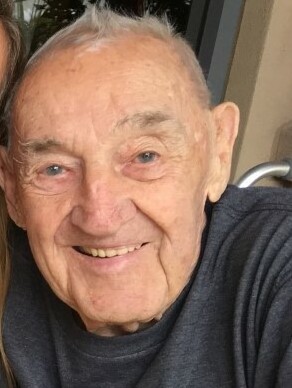 James Joseph “JJ” Murray, age 96, of Scottsdale, AZ and formerly of Olympia Fields, IL died peacefully on September 19, 2022. He was born April 17, 1926, in Chicago, IL to Gerard F. and Virginia (Marsalek) Murray and was raised on the north side of the city while also enjoying summers on the family farm in Peotone, IL  with older brother Gerard and twin brother Patrick.

He was a proud graduate of Marmion Academy and Georgetown University and served in the U.S. Army Air Corps from 1944-1946. Upon honorable discharge in 1946, JJ enlisted in the U.S. Army Reserves (1946-1949) and returned to the Chicago area where he went on to build a career first in the manufacturing business, and then later in life as a restauranteur with his sons.

In 1951, he married Georgia “GG” Lennon in Joliet, IL, and went on to enjoy 46 years of marriage before her passing in 1997. Above all else, JJ was very proud of the family he and GG built. He loved to share with everyone how blessed he felt to have such a large and loving family including five children, seven grandchildren, seven great-grandchildren, and many in-laws.

Later in life, after Georgia’s passing, JJ moved to Scottsdale, AZ and spent many years living life to the fullest – creating lasting friendships, frequenting local hot spots, contributing his wit and time to causes dear to him. Most notably, he enjoyed hosting friends and family in need of some Arizona sunshine.

A memorial visitation will be held Saturday, October 22, 2022 from 10:30-11:30am and Memorial Mass will follow at 11:30am and will be held at Infant Jesus of Prague Catholic Church in Flossmoor, IL. A luncheon to celebrate JJ’s life will be held immediately following the Mass.

For more information, please call (815) 741-5500 or visit his Memorial Tribute at www.fredcdames.com where you can share a favorite memory or leave an online condolence.