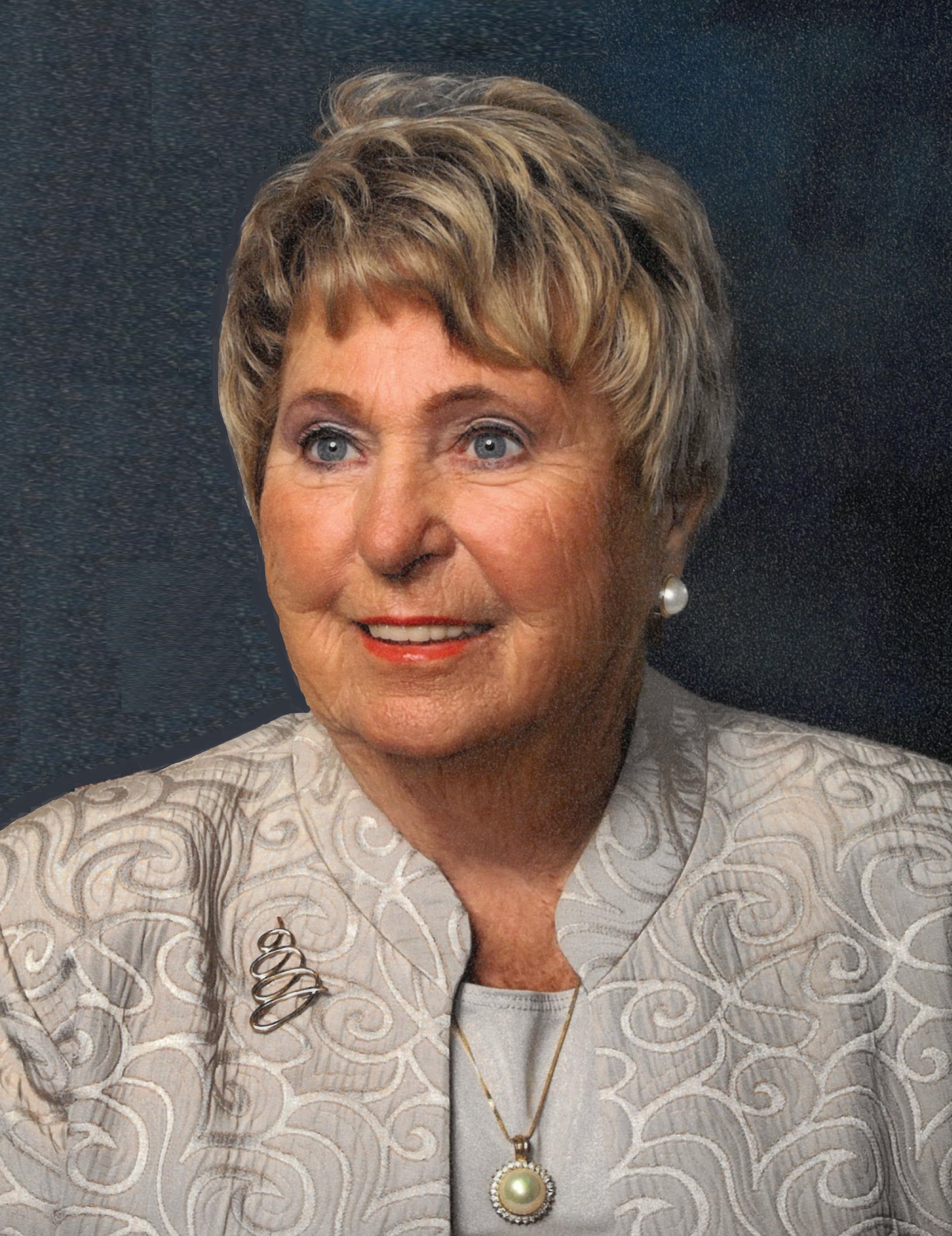 Marilyn Ann Lee (nee Lawrence) passed away peacefully on Tuesday, October 18, 2022 at Lightways Hospice in Joliet at the age of 89 with her loving daughter at her side.  She was surrounded by devoted family members in her final days.  She was born on April 8, 1933 to the late Anna (nee Zemek) and Anthony Bernard Lawrence in Marquette Park of Chicago, IL.  She was a graduate from Saint Casimir Girls Academy in Chicago.  It was the first Lithuanian girls’ high school in the United States.

Marilyn married Byron O. Lee, Jr. in Chicago on February 28, 1954.  They were blessed with three children whom they raised in Joliet.

Marilyn faithfully supported Byron during each of his professional advancements.  She loved to entertain and was an outgoing, sociable person and a talented hostess.  Her striking blue eyes and easy smile were her captivating trademarks.

Marilyn was a busy, devoted mother while Byron spent long hours at work.  She was a Girl Scout and a Cub Scout Den Mother, and was involved with the Troy School District PTO.  Marilyn was a devout Catholic and oversaw her children’s religious education.  She loved family traditions and holidays.  A favorite meal was Lithuanian Pierogi’s and Kugula, both a labor of love to make.  Her 14-day Icicle Pickles were also a family favorite.

Marilyn earned her Licensed Practical Nurse Degree from Saint Joseph’s Hospital after becoming an empty nester.  She used her skills to volunteer her services at nursing homes in their various locations, including while residing in Arlington, VA, when Byron worked in Washington D.C.

She and Byron were very involved in their local community. They supported the college (later University) of St. Francis by serving on the first Caritas committee and chairing it for several years thereafter.  They attended and supported their grandchildren’s athletic events and activities whenever possible.

After Byron retired, Marilyn and he resided in Ft. Myers, FL, during the winter season.  In the summer they enjoyed time at their Lake Michigan home.  They played golf regularly with family and friends throughout their lives. They were staunch supporters of Byron’s alma mater, Purdue University. They attended regular football games there for many years.  They established an annual scholarship to the School of Mechanical Engineering and were generous supporters of the John Purdue Club and the Purdue Musical Organization.  Marilyn and Byron traveled extensively and were blessed with a long and happy retirement together.

A private family service of remembrance for Marilyn will occur at a later date.  Per her wishes, cremation rites have been accorded.  In lieu of flowers, memorials in Marilyn’s name can be made to the Alzheimer’s Association or to Lightways Hospice of Joliet.  For more information, please call 815-741-5500 or visit her Memorial Tribute page at www.fredcdames.com

A Memorial Tree was planted for Marilyn
We are deeply sorry for your loss ~ the staff at Fred C. Dames Funeral Homes - Joliet
Join in honoring their life - plant a memorial tree