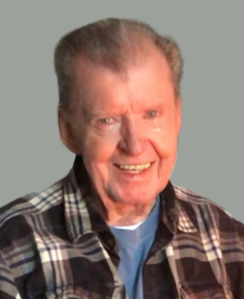 Eugene F. Murphy, of Plainfield, passed away at the age of 84, on Tuesday, December 13, 2022, at Edward Hospital in Naperville, surrounded by the love of his family.  Gene was born on October 30, 1938, to the late John and Anna (O'Donnell) Murphy. Born and raised in Chicago, he was a graduate of Leo High School.

Gene was retired from the HVAC industry and was a long-time member of Local #73 since 1960.  He was a proud veteran of the United States Marine Corps.

He is preceded by his loving wife of 46 years, Diane (Monteleone) Murphy; his parents; siblings, Robert (the late Evelyn), Dorothy, John (the late Theresa Mary), James (the late Loretta), Richard (the late Dorothy), Donald (the late Rita) Murphy, and Joseph in infancy.

Visitation for Eugene F. Murphy will be held on Monday. December 19, 2022, at the Fred C. Dames Funeral Home, 3200 Black Rd. (at Essington Rd.), Joliet, from 9:00 a.m. until the time of funeral service at 11:00 a.m.  Family and friends will meet at Holy Sepulchre Cemetery in Alsip for graveside services at 1:00 p.m.  Full military honors will be held under the auspices of the United States Marine Corps.

In lieu of flowers, memorials in his name can be made to St. Jude Children's Research Hospital, or to the Marine Corps League would be appreciated.

For information please call (815) 741-5500 or visit his Memorial Tribute at www.fredcdames.com where you can share a favorite memory or leave an online condolence.

In lieu of flowers, memorials in his name can be made to St. Jude Children's Research Hospital, or to the Marine Corps League would be appreciated.

Share Your Memory of
Eugene
Upload Your Memory View All Memories
Be the first to upload a memory!
Share A Memory
Plant a Tree