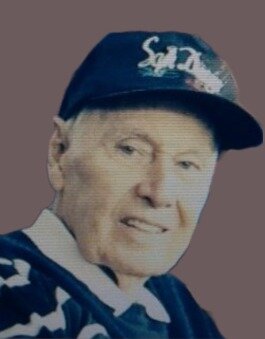 Obituary of Warren B. Brown

He was born July 21, 1935 to the late Edith (Wharrie) and Norman Brown in Coal City where he was raised and educated.  He was a United States Navy Veteran who was honorably discharged in December of 1957 after completing his final assignment at the U.S. Naval Hospital in Oakland, CA.  This assignment led to his employment with Metropolitan Life Insurance working out of the Chicago, London, Kansas City and San Francisco Office.  He was the Manager of Auditing out of the San Francisco office for the majority of his career.

His last years were spent at Rock Run Assisted Living in Joliet, IL.  He received excellent care and made many friends with the staff, nurses, and residents.

As it was Warren’s wish, cremation rites have been accorded and there will be no services.

A Memorial Tree was planted for Warren
We are deeply sorry for your loss ~ the staff at Fred C. Dames Funeral Homes - Joliet
Join in honoring their life - plant a memorial tree

Share Your Memory of
Warren
Upload Your Memory View All Memories
Be the first to upload a memory!
Share A Memory
Plant a Tree