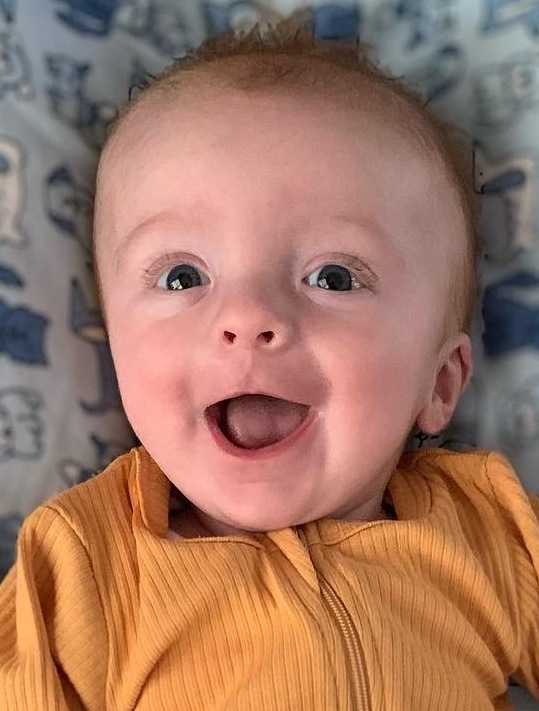 Vincent Bradley Grupa, our beloved baby boy, passed away peacefully, unexpectedly, and suddenly on January 2, 2023 at his home in Joliet, Illinois, at the age of four months and one day.

Vincent was born September 1, 2022 in Naperville, Illinois, to Trent A. and Hope F. (Nordquist) Grupa.

Vincent has brought much joy into our lives, his smile would bring tears of happiness to our hearts, and he would snuggle into his blankets as he treated them like they were gold themselves.  Some of his favorite things were finding his hands with his tongue, experiencing new things with his fingers, and of course the bath time where he treated the small tub like it was an Olympic swimming pool.

Vincent gave Trent and Hope a bigger purpose in life, allowing them to share their hearts with the most beautiful baby boy.  Not to mention the love Vincent shared with his three K9 siblings, Chaos, Kitana, and Boomer, where they were skeptical at first, they soon realized he was part of the pack.  There is nothing that will ever take away the love for Vincent.

Trent and Hope’s focus these last two days have not been asking why them or how could God do this, but instead thanking God for the time he has allowed them with their precious son.  Thanking him for letting them experience parenthood, letting his aunts and uncles love their nephew, and allowing all four of his grandparents to love their grandson to the fullest.  The time with him was short, though the memories were large and will be with them for the rest of their lives.

Vincent is survived by his loving parents, Trent and Hope Grupa of Plainfield, IL; his grandparents, Arnie and Linda Nordquist, and Rick and Rebecca Grupa; his aunts, Vanessa Grupa Kreuser and Hanna Nordquist; his uncles, Mitch and Chad Grupa and Michael Kreuser; and his great-grandparents, Alfred and Norma Schwab, and Donna O’Connor (Mimi).

Share Your Memory of
Vincent
Upload Your Memory View All Memories
Be the first to upload a memory!
Share A Memory
Plant a Tree