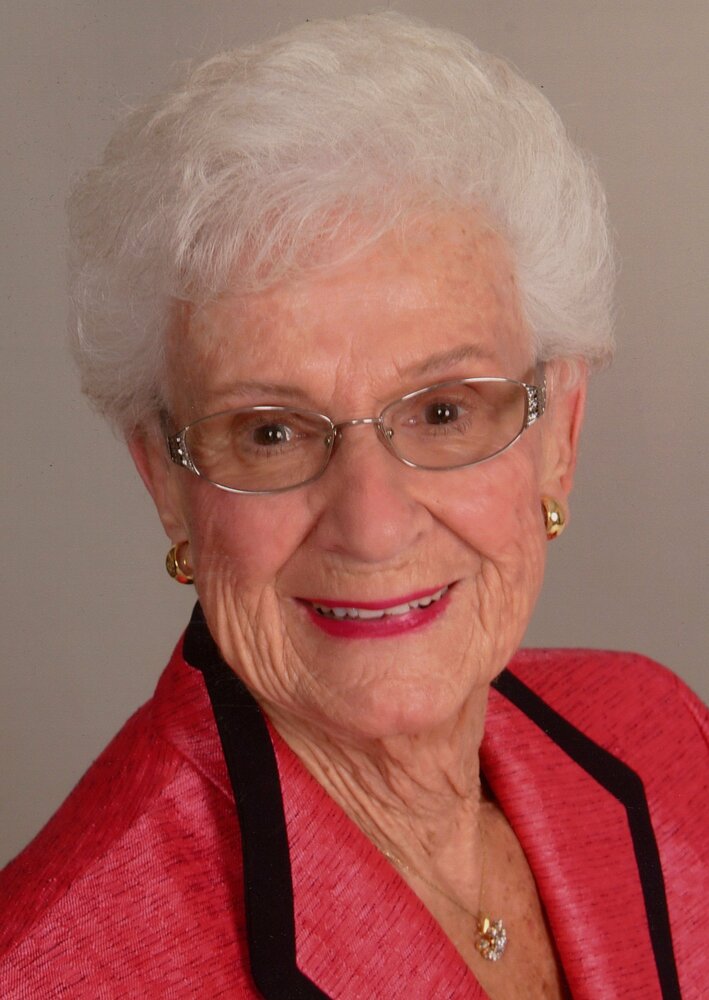 Roberta was born January 29, 1928, to the late Mary (nee Blanche) and Fred R. Hann in Joliet, IL, where she was raised and educated, a graduate with the class of 1946 from Joliet Township High School.

She was active in P.T.A., Orchestra Mothers, Orchestra Parents, Band Mothers, and Band Parents while raising her children. Later on, Roberta worked at Liebermann's Jewelry Store in Joliet for eight years.  She and her husband of 59 years, enjoyed nearly 20 years of gulf coast living in North Ft. Myers, FL, before returning back home after the death of her husband to be near family. She had a great love for horses as well as all animals. In her younger days, she was an excellent Equestrian and even rode side saddle in a horse show. She loved swimming and river rafting down the Colorado River twice. Roberta had such a love for music as well as reading and playing golf, playing Bridge, and traveling. She was a 50-year member of the First Presbyterian Church of Joliet. While in Florida, she was a member of First Presbyterian Church in Ft. Myers, and she was head of their soup kitchen for many years. When she came back to Joliet, she was a member of Westminster Presbyterian Church in Joliet. During her lifetime, she served as Deacon, Elder, and Stephen Minister in various churches.

The Burd family will always remember the staff at Park Pointe and the caregivers of Lightways Hospice for the comfort and concern shown for Roberta.  She will be deeply missed by her family.

A Memorial Gathering for Roberta M. Burd will be held on Sunday, February 5, 2023, from 2:00 p.m. until the time of services at 3:00 p.m. at the Westminster Presbyterian Church, 1015 Winthrop Avenue in Joliet. Rev. Dr. Roy Backus will officiate.

As it was Roberta's wish, Cremation Rites have been accorded and her final earthly remains will be interred at Elmhurst Cemetery in Joliet. Memorials can be made in her name to Westminster Presbyterian Church or Lightways Hospice in Joliet.

For more information please call (815) 942-5040 or visit her Memorial Tribute at www.fredcdames.com where you can share a favorite memory or leave a condolence.

Memorials can be made in her name to Westminster Presbyterian Church or Lightways Hospice in Joliet.