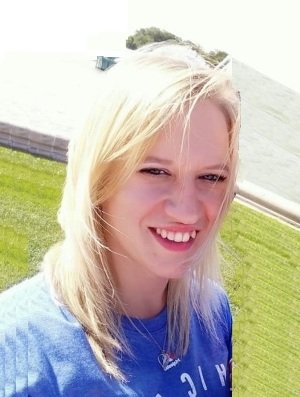 At the age of 26, Melissa went home to be with the Lord on Saturday, March 9, 2019, at the Joliet Area Community Hospice Home with her family by her side.  Life had a different meaning for Melissa following the loss of her second child Lilly, on December 25, 2018.  We are sure on Friday, February 22, 2019 when she woke up that morning she never thought this would be her last day on Earth; tragically, she was found unresponsive later that day by circumstances that everyone thinks would never happen to them.

Melissa was born in Nogales, AZ and was formerly of Downers Grove, Chicago and recently Plainfield, IL.  Melissa received her Associate’s Degree of Arts from the College of DuPage and was a graduate of Downers Grove North High School.  She was employed at Domino’s Pizza as a manager for over 10 years.  Melissa was a loving and devoted mother to her son, Jaxson.  She loved taking him to the park and watching him play.

She was preceded in death by a beautiful light in her life, her daughter Lilly.

Visitation for Melissa V. Campbell will be held on Thursday, March 14, 2019 from 3:00 until 7:00 p.m., at the Fred C. Dames Funeral Home, 3200 Black at Essington Rds., Joliet.  Funeral Services will begin at the funeral home chapel FRIDAY MORNING with a Prayer Service at 9:15 a.m. to St. Joseph Catholic Church, 416 N. Chicago St., Joliet, where a Mass of Christian Burial will be celebrated at 10:00 a.m.  As it would have been Melissa’s request, cremation rites will be accorded following her Funeral Mass.

In lieu of flowers, memorials may be made to the Emanuel family for the care of Melissa’s son, Jaxson, or you may visit https://www.gofundme.com/medical-and-care-expenses-for-melissa

As it would have been Melissa’s request, cremation rites will be accorded following her Funeral Mass.

In lieu of flowers, memorials may be made to the Emanuel family for the care of Melissa’s son, Jaxson or you may visit: https://www.gofundme.com/medical-and-care-expenses-for-melissa

Share Your Memory of
Melissa
Upload Your Memory View All Memories
Be the first to upload a memory!
Share A Memory
Plant a Tree