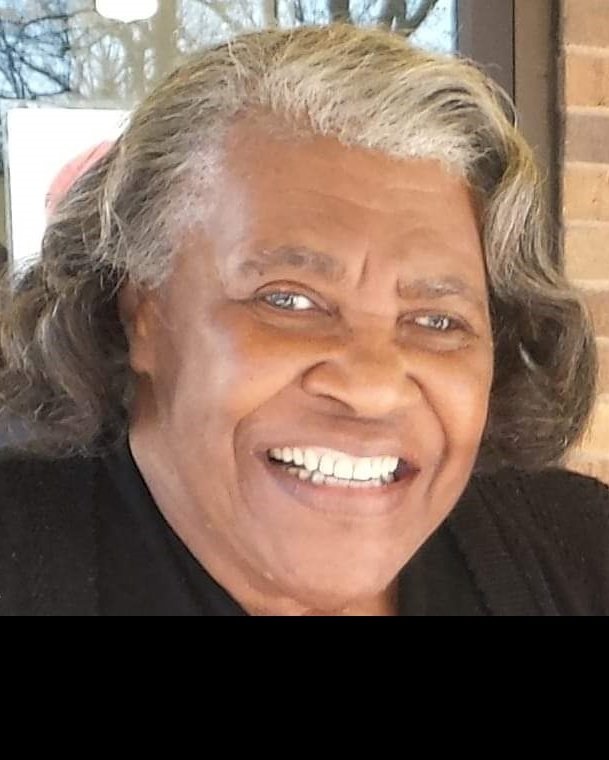 On April 22, 1932, L.B. Outlaw was born in Clarksdale, Mississippi to her parents, Willie Outlaw and Carrie Valentine. She grew up with her older brother, Willie. She never liked the name L.B. so she later changed it to Lena Mae. She was an obedient and dutiful child and was happy to help out where she could. Also when she was young, she had a desire to be a “good church lady” when she grew up. She pondered this thought in her heart for years to come.

At the age of 16, she moved to Chicago, Illinois and became gainfully employed at the Keebler Company. Her integrity, dedication, and superior quality of work got her managerial recognition and was soon promoted to Supervisor. She rented a room from a beautiful soul whom she grew to love dearly, Oleavia Simpson; affectionately known as “Mama Leavy”. One of Mama Leavy’s sons, Anderson, noticed her and realized something was different about this woman. He eventually won her by his love and on April 26th, 1957, they made a vow, “til death do us part”. To this union, five children were born, the last two being twins.

The desire to be a “good church lady” continued to burn in her heart. Her hunger and thirst were finally filled when God met her on the dance floor one night saying two times, “I’m not pleased with your life.” She never returned to the dance floor again and she eventually joined Big Zion Missionary Baptist Church, where her spiritual journey began.

In 1970, she decided to visit a neighborhood church at 4601 S. Drexel Blvd; The Church of God. As she listened to the preacher, the message was resonating with her. She knew something was different about this church. Pastor Willie E. Gordon described her as a baby chick feeding from its mother. He could see from the pulpit that she was taking it all in. Light breaks at last! Hallelujah to God! “Come out of her my people” was her next message. Although she loved her Pastor and his wife at Big Zion, she moved with fear to the saving of her soul, obeyed God, and made her abode in the blessed Church of God. The pillar and ground of truth!

In 1972, she began working VBS, singing in the choir, teaching Sunday School, Bible Class, and serving in the kitchen. Whatever her hands found to do, she did it heartily as unto the Lord.

However, she faced some challenging times in her marriage due to her unsaved husband, but these times only made her stronger. Her motto was “the more the devil comes against me, the deeper it drives me to God!” Her victory scripture was Galatians 2:20 I am crucified with Christ: nevertheless, I live; yet not I, but Christ liveth in me: and the life which I now live in the flesh I live by the faith of the Son of God, who loved me and gave himself for me. One Sunday morning in 1974, the love of God broke her husband down. God moved upon Pastor Gordon and Bro. Cox and they paid him a visit before Sunday service. Upon their arrival, he threw his hands up and cried, “I’m tired, I’m tired!” He was a changed man from that time on. They became a team, laboring in God’s kingdom and were great examples to individuals across the nation.

Eventually, mom heard the call of God upon her soul; a call to the ministry. She wrestled with this call for many nights, for this was a great responsibility. One night, she noticed that God was not giving her messages as she was accustomed to receiving. After inquiring with the Lord, he let her know, “you’re not doing anything with the ones I’ve given you. Cannot I do with you as this potter and the clay? Behold, as the clay is in the potter’s hand, so are ye in My hand.” Mom surrendered and God took her ministry to new heights.

She always made room for God’s people in her heart and her home. Her hospitality was genuine and warm. Her children knew that when her congregation hosted a fellowship meeting, they had to make room for out-of-town guests.

She labored for the gospel in many ways and with many saints. Two, in particular, were Rebecca Dobbs and Mary Boyd. They laid hands on the sick, comforted the feeble-minded, and even assisted in childbirth. They helped guide the young people with wisdom, went on various outings, and counseled the singles and couples. She was a sweet mother in Zion.

In the year 2000, she moved to the Church of God in Joliet, Illinois, under the Pastorate of Elder Eddie Hodges, Jr. A year later, her health began to fail, but she continued to encourage the souls of mankind. In May of 2007, her husband went to be with the Lord. She missed him dearly and often reminded herself of something he would say. “You’re gonna miss me when I’m gone.” She learned to be content in whatever state she was in.

About six weeks before her transition, she started speaking about going home. She started detaching herself and becoming restless. She was ready to move on. On May 5th at 3:54 p.m., God answered her and took her peacefully away with a smile on her face. She is now in paradise.

All friends and relatives are invited to a drive-thru, no contact viewing for Lena Mae Simpson to be held on Friday, May 15, 2020, from 9:00 – 10:00 a.m. at the Fred C. Dames Funeral Home, 3200 Black Rd. (at Essington Rd.), Joliet. For additional instructions, please click here http://youtu.be/e3cZ8FFZUms. Upon arrival, see the funeral assistant for further direction.

The family has requested to live stream the services of their loved one on Friday, May 15, 2020, at 10:15 a.m. Please click on this link https://youtu.be/XJL8aiK0G9A and follow the instructions to show your support for them at a time when you cannot be physically present, but your thoughts, prayers, and connection are.

For more information, please call 815-741-5500 or visit her Memorial Tribute at www.fredcdames.com where you may share a favorite memory or leave an online condolence for the family.