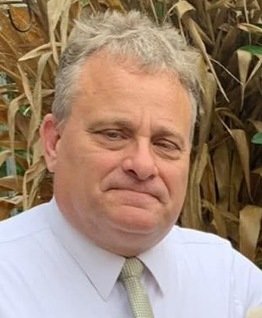 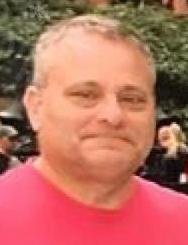 Steve was born December 13, 1964, in St. Louis, MO, and later moved to Roselle, IL at age 13. He graduated from Driscoll Catholic High School and went on to receive his Bachelor of Science in Finance from Northern Illinois University. For over 30 years he has been employed at his family’s company, Air Services Company; most recently as its Lead Executive of the Wisconsin Branch located in New Berlin, Wisconsin.

Steve was a caring and devoted husband, father, and son. He could work a room with his charismatic personality and make others laugh with his contagious laugh. Steve never met a stranger. To him, every person he met was a new friend. He always saw the good in people even if no one else could. He was a huge Chicago White Sox, Blackhawks, and Bulls fan.

He was preceded in death by his grandparents Clara and Joseph Schuermann and Bert and Audrey Byrd; father and mother-in-law, James and Virginia (McCarthy) O’Brien.

Visitation for Stephen P. Byrd will be held on Thursday, October 8, 2020, from 4:00 – 8:00 p.m. at the Fred C. Dames Funeral Home, 3200 Black Rd. Joliet.  In accordance with the Illinois guidelines, a 50 person capacity at one time will be followed.  Face masks are required and social distancing will be observed.  His funeral services will follow Friday, October 9, 2020, at 9:15 a.m. from the funeral home chapel to the Cathedral of St. Raymond Nonnatus for a Mass of Christian Burial at 10:00 a.m. with a maximum capacity of 150 guests.  Private interment will be held at a later date at St. Mary Cemetery in Minooka. In lieu of flowers, memorials in his name to the American Heart Association, American Diabetes Association, Joliet Catholic Academy, St. Jude  Children’s Hospital or to a scholarship fund that will be established at a later date, would be appreciated. For more information, please call (815) 741-5500 or visit his Memorial Tribute at www.fredcdames.com where you can leave a condolence or share a special memory.

In lieu of flowers, memorials in his name to the American Heart Association, American Diabetes Association, Joliet Catholic Academy, St. Jude  Children’s Hospital or to a scholarship fund that will be established at a later date, would be appreciated.

Share Your Memory of
Stephen
Upload Your Memory View All Memories
Be the first to upload a memory!
Share A Memory
Plant a Tree