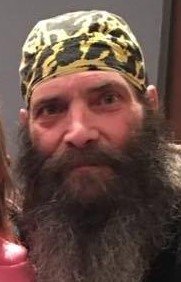 Douglas Stephen Van Ham, 62, of Missoula, Montana, passed away from natural causes, in his home, on Monday, July 5th, 2021.  Douglas was born on March 3rd, 1959 in Joliet, IL.  His parents were Frederick and Elizabeth Van Ham.  Douglas and his five siblings grew up in New Lenox, IL.  As a young man, he lived in Florida for some time and then moved to Pennsylvania.  He also called Colorado home for several years.  Eventually, Douglas moved to Missoula, Montana where he lived out the rest of his days.  He felt most at home and at peace near the mountains.

Douglas joined the Marines in 1977.  He spent four years as an active-duty service member and two years in the Marine Corps Reserve.  Douglas was never married, nor did he have any children.  His hobby was Martial Arts.  He became a Black Belt in Kenpo Karate in Aurora, Colorado, largely thanks to his Sensei, Fred Pleis.  Eventually, Douglas started teaching kids martial arts.  His students fondly referred to him as Mr. Doug.  Douglas was a carpenter and a jack-of-all-trades.  There was no job too big for him to tackle.  He loved the great outdoors, fishing, hiking, camping, and music.  He was a loving brother who always took great care of his family.

Burial will be at Abraham Lincoln National Cemetery in Elwood, IL. on Monday, August 2. 2021 at 12:00 p.m.  Please arrive at the information center by 11:45 a.m.  For more information, please call (815) 741-5500 or you may visit www.fredcdames.com where you can share a favorite memory or leave an online condolence.

Share Your Memory of
Douglas
Upload Your Memory View All Memories
Be the first to upload a memory!
Share A Memory
Plant a Tree