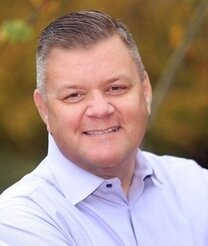 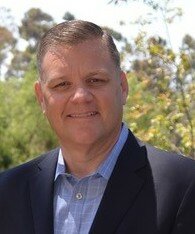 Wesley “Wes” James Modder, devoted husband, loving father, and loyal friend was embraced by the loving arms of Jesus on August 19, 2021, at Advocate Christ Medical Center. He was born in Flint, Michigan on March 31, 1966, to the late Paul and Jan Modder of Clio, Michigan. He graduated from Clio High School in 1984.

Following high school graduation, Wes joined the Marine Corps. Although most people thought he could never become a Marine because he was flat-footed and 80 pounds overweight, he never quit and still holds one of the highest records for losing 72 pounds in 13 weeks. As a Marine, Wes served as 0341 Mortarman, recruiter, and military policeman serving in both Operation Desert Shield and Operation Desert Storm.

It was during a prayer meeting at the chapel at Marine Corps Base Camp Hansen in Okinawa, Japan that he received his calling to go into full-time ministry. After completing active-duty service, he began his undergraduate studies at North Central University in Minneapolis and obtained a Bachelor of Science in pastoral studies in 1996. He continued his education at Bethel Theological Seminary (St. Paul, Minnesota) and received a Master of Divinity.

With a new calling to serve both God and his beloved country, Wes was commissioned in 2000 as a United States Navy Chaplain. As a chaplain, he ministered to Marines, Sailors, and their families around the world including Hawaii, Thailand, Western Samoa, India, Singapore, Afghanistan, Iraq, Pakistan, and Kuwait.

Upon military retirement as a Lieutenant Commander in 2016, Freedom Alliance presented Wes with the Edward J. Bronars Defender of Freedom Award, an award given to an outstanding individual who, in the face of adversity, exemplifies faith, courage, and fidelity to the Constitution and the principles of freedom. He was also awarded the Defender of Truth Award by the Illinois Family Institute.

Wes and his family then relocated to the Chicago area when he received a call to be a pastor until his passing. Wes is survived by Beth, his loving wife of 27 years, and their four incredible children, James, Julia, Joy, and Jana, three brothers, and many aunts, uncles, cousins, nieces, and nephews. He is preceded by his parents.

Wes considered his greatest calling to be a father. His family meant the absolute world to him, and he taught and loved them so well. Nothing else mattered to him but raising his children right. He was so very proud of each of them. He enjoyed deer hunting, fishing, camping, the thrill of rollercoasters at Cedar Point, and the fairy-tale world of Disneyland.

Wes was “larger-than-life” in both stature and personality. He was best known for his passionate preaching of the gospel of Jesus Christ and his unwavering, uncompromising, unashamed stand for truth. He will truly be missed by all who loved him.

Visitation will be held on Friday, August 27, 2021, at Joliet First Assembly of God, 1741 Essington Rd., Joliet, Illinois 60435 from 10:00 a.m. until the time of funeral services at 11:30 a.m. Military Honors will be conducted by the U.S. Marines at the conclusion of the service. Interment will be held privately by the family. For more information, please call (815) 741-5500 or you may visit his Memorial Tribute at www.fredcdames.com where you can share a favorite memory or leave an online condolence.

Interment will be held privately by the family.

Share Your Memory of
Wesley
Upload Your Memory View All Memories
Be the first to upload a memory!
Share A Memory
Plant a Tree