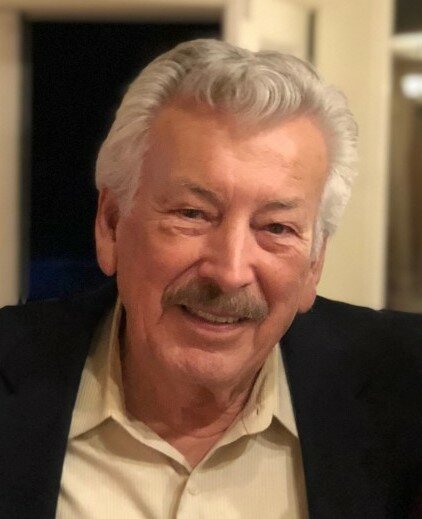 Frank G. Cavazos, 82, of Joliet, left this world peacefully on Monday, January 3, 2022, at his home surrounded by his loving wife and family. Frank embodied strength, courage, and love as he battled cancer the last few months.  To know him was to love him unconditionally. Frank was a loving husband, father, grandfather, brother, and uncle.  He adored his family to the very end.  In addition to his family, he was an entrepreneur and successful businessman.

Frank was born on May 11, 1939 in McAllen Texas, the son of Manuel and Santos Cavazos.  His family moved to Joliet in 1954.  Frank proudly served his country in the United States Air Force from 1962 – 1966.  He married Judy (Nyby) in 1965 and they resided in Homer Glen for 44 years before moving to Joliet, where they lived today.  Following his military service, he received his Bachelor’s Degree in Engineering at the University of Illinois Chicago Circle, his Master’s degree in Industrial Engineering at Illinois Institute of Technology. Frank had a successful career at GE for ten years before he started several successful businesses in Joliet with his parents and family.  Frank’s passion in life was family, friends, and working hard.  He enjoyed flying and he and Judy flew their private plane for many years.  If there was a will there was a way and Frank would make it happen.  He was the loving giant in his family and worked diligently to carry on the family legacy left by his parents.  The oldest sibling of four, his leadership and strength will be missed by all. Frank had a life well lived.

He is preceded in death by his parents, Manuel and Santos Cavazos; loving niece, Susanne (Nino) Flowers.

The family offers their sincere gratitude to Lightways Hospice and Serious Illness Care for their care during his illness.

Visitation for Frank G. Cavazos will be Monday, January 10, 2022, at the Fred C. Dames Funeral Home, 3200 Black Rd. (at Essington Rd.), Joliet from 4-8 p.m.  Funeral services will be Tuesday, January 11, 2022, at 9:15 a.m. from the funeral home chapel to St. Paul the Apostle Catholic Church, 18 Woodlawn Ave., Joliet where a Mass of Christian Burial will be celebrated at 10:00 a.m.  Military Honors will be conducted immediately following Mass by the United States Air Force.  Interment will be held privately by the family at Woodlawn Memorial Park.  In lieu of flowers, contributions may be made to charities or organizations of your choice.  For more information, please call (815) 741-5500 or you may visit his Memorial Tribute at www.fredcdames.com where you can share a favorite memory or leave an online condolence.