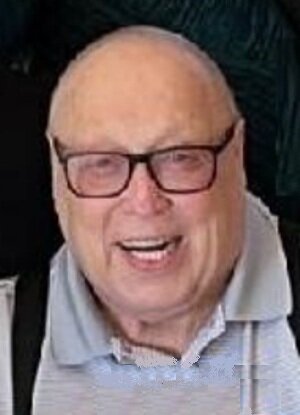 Peter Mysza, of Plainfield, IL, passed away peacefully, on August 1, 2022, surrounded by his loving family.  Peter was born in Chicago, IL, on February 27, 1942, to the late Emil and Beverly (nee Reitico) Mysza.  Peter was born in the Our Lady of Sorrow Basilica Parish but then moved and grew up in Burbank, IL.  He was a graduate of Reavis High School, where he was a two sport all-area athlete as a football player and baseball catcher. After high school, Peter answered the call of duty and proudly served in the US Air Force during the Vietnam War.  He was stationed in Altus Air Force Base, OK and Ramey Air Force Base, Puerto Rico.  Peter was a proud retired member of Teamsters Local 399 Operating Engineers. Peter also worked as a Meat Cutter in Chicago for many years.

Peter loved family visits, food and music. He also loved to dance and enjoyed watching sports.  He had a big personality and a unique sense of humor and was not shy. He was always laughing, dancing, and enjoyed cuisine from different cultures. Peter will be missed by his family and friends.

He is preceded by his wife, Carol Ann (nee Emmershy) Mysza; granddaughter, Gabriella Adamo; his parents; and his twin brother, Paul Mysza of Roswell, NM.

A Memorial Gathering for Peter Mysza will be held on Saturday, August 6, 2022, from 9:00 a.m. until the time of service at 11:00 a.m., at the Fred C. Dames Funeral Home, 3200 Black Rd. (at Essington Rd.), Joliet, IL. Family and friends are invited to meet 12:45 p.m., at Resurrection Cemetery, 7201 Archer Rd, Justice, IL for inurnment.  Full military honors will be held under the auspices of the United States Air Force.  As it was Peter's wish cremation rites have been accorded.

Full military honors will be held under the auspices of the United States Air Force.