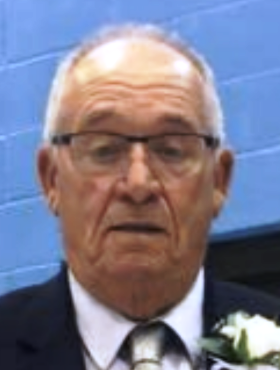 Arlie Eugene Hubbard, age 79, late of San Benito, Texas, and a long time Joliet resident, passed away unexpectedly on Friday, September 30, 2022 at the home of his brother in Joliet.

Born June 13, 1943 in Herrin, IL, he was the son of the late Arlie and Arietta (Grounds) Hubbard.   Arlie had a successful career as an iron worker, plant manager and construction supervisor for several companies including General Dynamics.  He was a proud member of Iron Workers Local #1 of Chicago, and a former member of the Laborers Union.

Arlie was a loving and devoted father, grandfather, great-grandfather, brother, uncle and friend.  He was a man of faith who loved his God and his church, the First Baptist Church of Combes, TX.  He was an avid Chicago Bears fan, and also loved camping, fishing, boating, and spending time with his grandchildren.  His greatest love of all, however, was his family.

He is preceded in death by his parents; two sisters, Vicky English and Kimbra Thompson; two brothers, James Hubbard, and Terry Hubbard, at birth; and his former wife, Judith (Grant) Hubbard.

Cremation rites will be accorded and memorial services with burial will be at a later date.

A Memorial Tree was planted for Arlie
We are deeply sorry for your loss ~ the staff at Fred C. Dames Funeral Homes - Joliet
Join in honoring their life - plant a memorial tree

Share Your Memory of
Arlie
Upload Your Memory View All Memories
Be the first to upload a memory!
Share A Memory
Plant a Tree