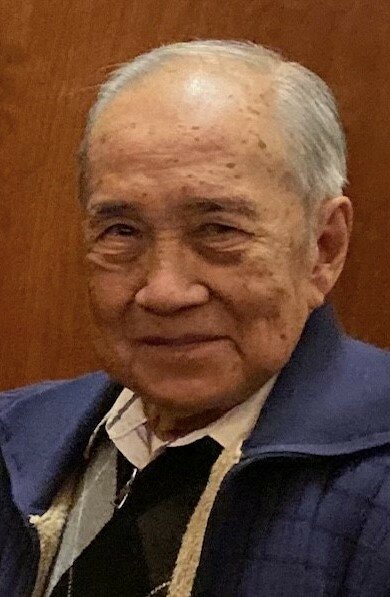 Jose R. dela Cruz, age 85, of Shorewood, passed away peacefully on Sunday, October 9, 2022 at Ascension St. Joseph Medical Center in Joliet. Born on April 10,1937 in Manila, Philippines, Jose spent his young adult life there, where he attended Far Eastern University and graduated with a Bachelor's Degree in Accounting. On October 25, 1969, Jose married Adelina Paz, and the two were a few weeks away from celebrating their 53rd wedding anniversary. Jose and Adelina immigrated to the United States in 1971, settling in Skokie and raising their two sons there before retiring to Shorewood in 2011. Jose worked as an accountant throughout his career before retiring in 2002. He enjoyed following the Chicago Bears and Cubs, but his greatest joy came from spending time with his family, especially his four grandchildren.

Jose is survived by his loving wife, Adelina P. dela Cruz; his sons, Ariel (Amanda) dela Cruz and Brent dela Cruz; and grandchildren, Hayden, Lucas, Cameron, and Julia. He is preceded in death by his parents, and sister in the Philippines.

Funeral services for Jose R. dela Cruz will be held privately by the family, with a Mass of Christian Burial celebrated at Holy Family Catholic Church in Shorewood, and interment at Woodlawn Memorial Park.

Funeral services for Jose R. dela Cruz will be held privately by the family, with a Mass and Burial celebrated at Holy Family Catholic Church in Shorewood, and interment at Woodlawn Memorial Park.

Share Your Memory of
Jose
Upload Your Memory View All Memories
Be the first to upload a memory!
Share A Memory
Plant a Tree